Another meme started by Strawberry Singh. My newest favouritest hobby now is to go stalk everybody who comments on her meme posts. 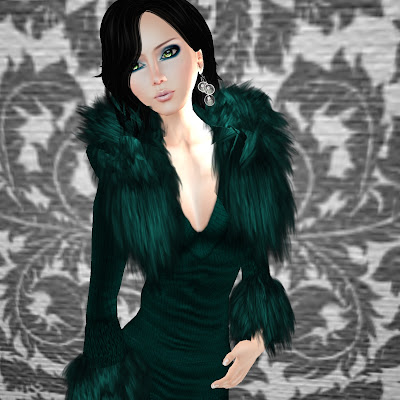 What is the rez date for your current SL Avatar that you use most often?
Tashi Core - 1st May 2010

Where was the first place you made friends as a newb and got to know people in Second Life?
I can't remember the name of that place. It was some kind of tribal-looking hub for noobs to hang out at. A guy named Adler picked me up and took me to a freebie shop at Velvet Manor. He got bored waiting for me to learn how to buy stuff and took off. I think I took a few hours figuring that out, as it never struck him that he could teach me how and it never struck me that I should ask him to teach me how.
Later on I did some research and went to hang out at NCI in Kuula, where I really started meeting people.

Where do you spend most of your SL time now?
In either of my 2 skyboxes, one in my bloodlines home at Eturnal Night where I play dress-up, the other in Samia where I build and work on my business.

Who is your closest friend in Second Life? (only pick one)
This is a painful one, my first best friend in SL left without a word last year. Karen, if you are reading this, I miss you very much and want to talk to you again.
There is also Eve Paradiso and Sashia Rae, and I don't really want to choose between these 3.

What is the most favorite thing in your inventory? (only pick one)
Only one?! I.can't.pick.only.one.

The last thing you purchased in Second Life?
Glam Affair skins from the Gatcha Arcade.

What color clothing does your avatar wear most often?
I can't stick to any colour, not SL, not RL. :)
Favourite colour is white though.

Do you prefer to walk, run or fly?
Crash, usually while trying to fly.

What is the craziest thing you've ever done in SL?
Probably fighting my first bloodlines war.
There was a cry that my clan was under invasion, I answered without thinking, I tped to the arena, I fought without any training, I didn't even know how to operate my HUD properly, I killed people, people killed me twice as much, and my army lost despite outnumbering the invaders.
(I learned post-war that I broke some moral ethics of war conduct, so I IMed the guy I killed the most to apologise, you know, in case he took his game seriously. He was quite nice about it and offered to help train me. He turned out to be a rather good teacher and gave me a lot of good tips but I think I was a disappointment to him. I can only let people slaughter me so many times before I grow bored.)

Who would you like to play YOU, in the movie of your SLife?
It's up for audition, but I doubt anyone wants to take me on. Do you?

Totally auditioning now! :P Thanks for playing and stalking all the other players! LOL <3

You have have my SLive! You can have me!
*faints from fangirling excitement*